What are you craving for? 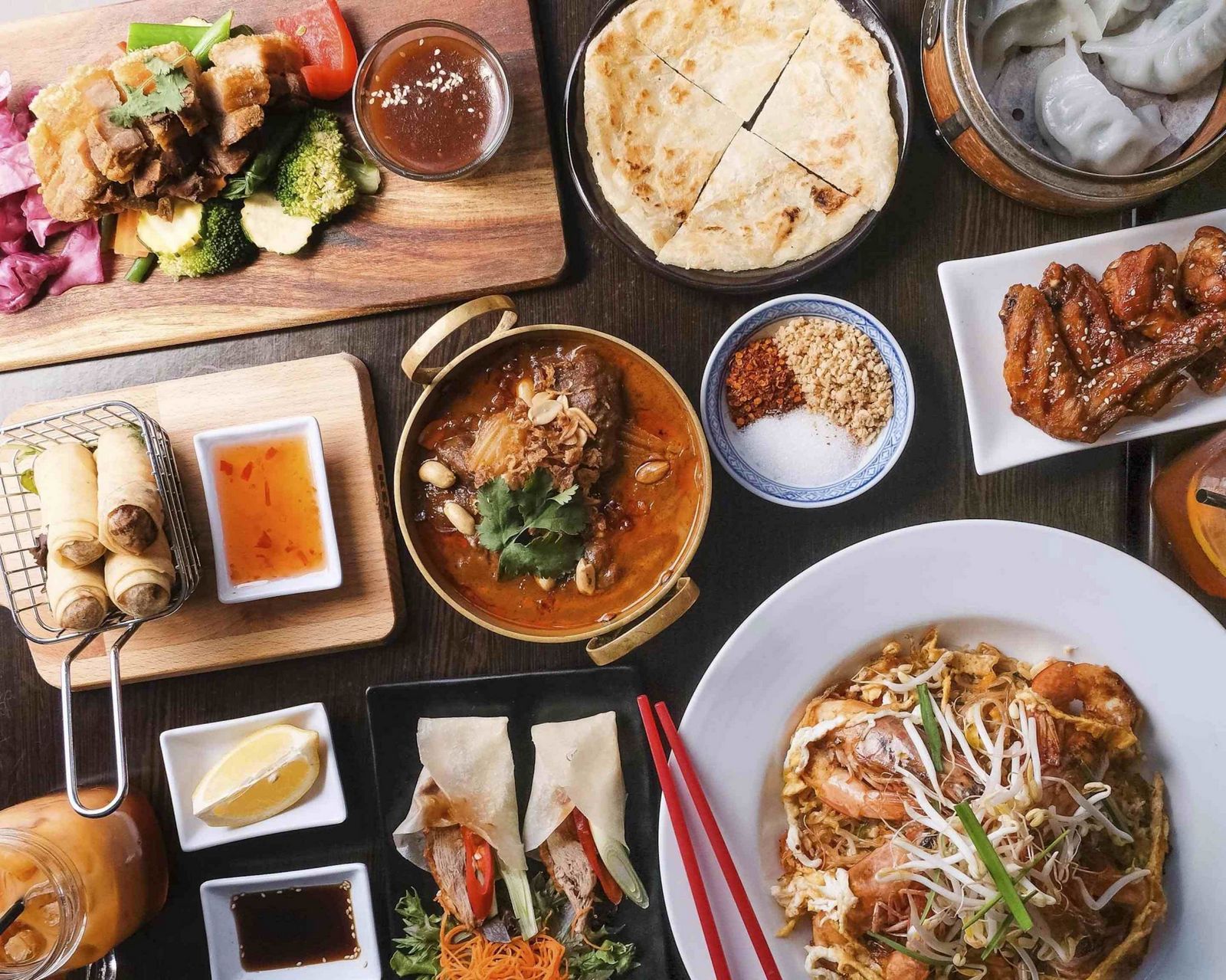 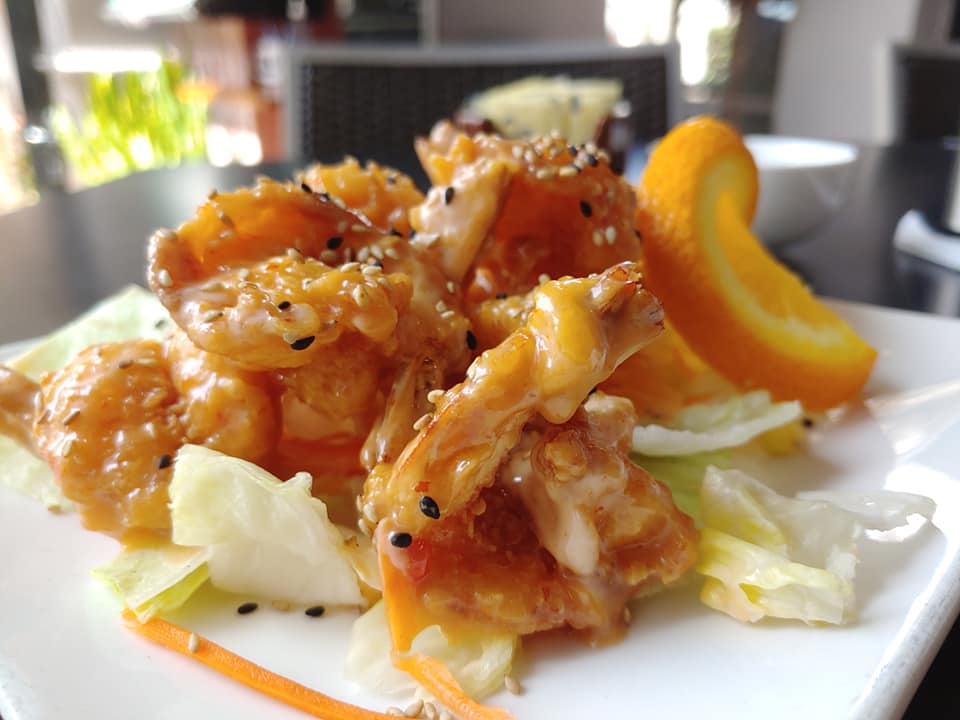 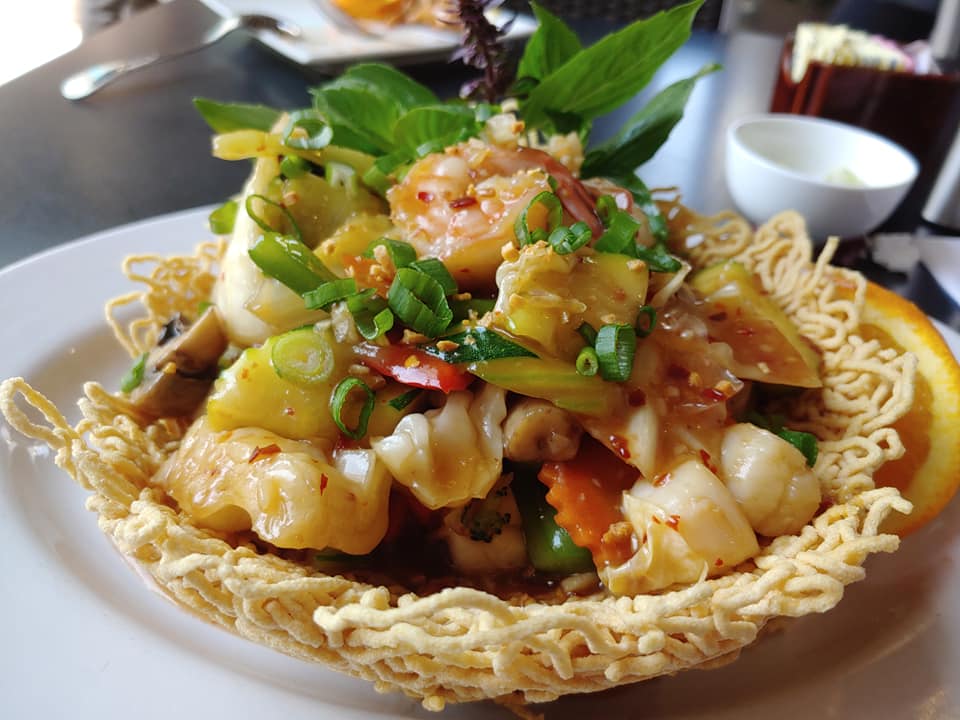 Read What Our Customers Say

This place is fantastic!! So much great food. Was in St. Petersburg for a week, ate there at least three times!! Couldn’t have been happier.

We love Sab! All their curries are amazing, yellow and panang are my favorite. We also love their wings, tom yum, and kimchi fried rice.

Always delicious, fresh and great portions. My go to for Thai. Thank you Sab Cafe for your outstanding customer service.

Sab Café offers Asian fusion cuisine conveniently located in the heart of Downtown St. Petersburg, Florida, at the Plaza Towers Courtyard. Our dishes are freshly made to order. We use only quality ingredients to bring authentic flavor of Asian fare. We have a great outdoor seating area next to a shared event space that is occasionally hosts live music and family fun events. ​A sake cocktail bar is available inside, serving a variety of refreshing fruity flavored sake, including our signature Saketiny!
We are the go-to place for Asian fusion food; especially, for Thai and Vietnamese. Visit us and try our popular Oxtail Pho, Drunken Noodles, and all-time favorite Pad Thai. Online ordering is available for pickup. You can save time and order ahead online directly on our website.
We are looking forward to serving you.

Growing up in Laos, Damron never thought he would one day open up his own restaurant, ​especially since his mother discouraged him not to take after her footstep. “The restaurant business is hard, and the success rate is low,” his mom would say.

At a young age, he remembers watching his father in awe making ramen noodles from scratch. His parents themselves had a small restaurant specializing in pho and noodles. After the Vietnam War, his family moved to Thailand, where he learned Thai cooking from his aunt. In 1980, his family moved to the US and settled in Saint Petersburg, Florida.

A​fter a few years of working “Corporate America” jobs, Damron decided that was not for him, and he made a decision that was in his heart and one that would change his life forever. Although he never had any formal experience opening up and running a restaurant, with some luck, determination, and many YouTube crash courses, Damron was able to begin his journey, starting with a skeleton crew to help him open Sab Café.

He soon realized what his mom and many said was true; that running a restaurant was indeed a lot of work! Shortly after that, his wife, Valerie, made the difficult decision to quit her job and join forces with him. Together and with their dedicated employees, they became a power team and have now been successfully operating Sab Café since 2011.

"​It’s all about taste buds and pleasing the palate,” says Damron. “We’ve found a way to make our food authentic and tasteful, and our customers keep coming back for more and referring friends and family to Sab Café. Most people eat with their eyes. Our food is made with love and presented nicely, but fancy does not mean it tastes good. We ensure the consistency of flavors in every dish!”

When you are in the downtown Saint Petersburg area, get your taste buds ready for a treat and head over to Sab Café to see for yourself!

Let us know how we are doing. We love to hear from you so we can serve you better! Get in touch with us via phone, email, or just stop by to say hi.